Are you heading to the firing range for the first time but are not sure of what the proper safety procedures are while you're there? If so, it will help to know the following tips before you go.

Always Point The Gun In A Safe Position

If you only follow one tip while at the firing range, it should be to never ever point the gun at something that you do not intend to shoot. This means that you must be mindful of the position of the gun at all times, making sure to never point it at another person at any time. It is not just common sense for handling a gun, but it is proper gun-wielding etiquette when bringing a gun into a firing range where you expect others to do the exact same thing around you.

You must keep this rule in mind the entire time. Even when you are placing a gun within a bag on the table at the firing range, you'll want to make sure that the gun is pointing down range. Don't assume that the gun can safely point elsewhere just because it is in a bag.

Always Keep The Gun Unloaded Until You're Ready To Fire

Another rule to follow is to keep the gun unloaded until you are ready to fire at your target. This means keeping the gun completely unloaded, with no bullets in the magazine, chamber, or cylinder, with the magazine also being out of the gun. Never assume that the magazine is empty when it is in a gun.

You should only be placing your finger on the trigger of the gun when you are aiming at the target and ready to fire. Doing it at any other time is not considered safe when at a firing range. This is even true when you know the gun completely unloaded since it is an additional safety measure designed to keep everyone around you safe.

Always Use Eye And Ear Protection

Keep these tips in mind when looking for an indoor firing range near you. 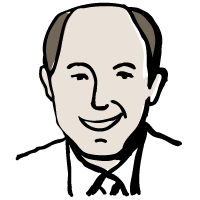